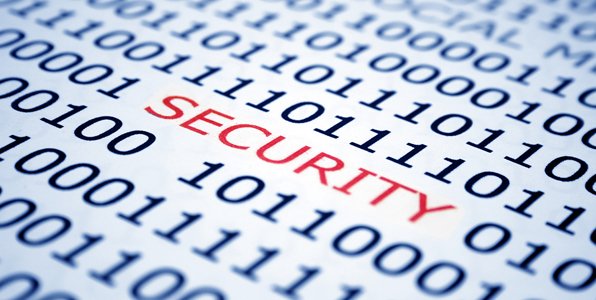 With the latest string of cybercrime attacks focusing on holding the systems of information sensitive organizations hostage, the importance of data security has never been higher.

Hospitals and police stations have been hit a number of times over the past couple of months, and if these heavy-duty security networks can be taken down by some jerk with a few weeks of coding under his belt, you can be sure everyone is vulnerable. Indeed, regular Joes are starting to learn the importance of data security the hard way, as a new malware program called PowerWare designed to lock out access to tax documents is rapidly spreading just in time for return season.

Sure, ransomware defense products like Cryptoprevent and Malware Bites can go a long way in helping keep your precious data safe from digital crooks, and a kind of “vaccine” has also been developed to give those afflicted by malware a last resort in defeating it before they have to pay up. Still, I think while these measures can make outstanding backup plans, I find an ounce of prevention can be extremely valuable and that’s why I’ve always been a huge advocate of data backup.

Regular offline backup of your critical files is the most effective way to guarantee the viability of your network under virtually any circumstances, and since even those who are developing these malware fighting resources are having trouble staying ahead of the newest versions of programs like CryptoLocker, Locker and TeslaCrypt, it might just be the only effective one. Being hacked sucks in any event, but it’s a lot better to be able to restore everything within a few minutes than spend hours hoping a cure for your particular misfortune is available somewhere online.

While we’re on the subject of viruses, the personalities of some people have to somehow qualify as malicious programming, and I found a recent example of this concept in one of my daughter’s former employers. The guy was a little off to say the least, and after a while of constant harassment over the phone and looking for free work out of her, it was long past time to have him escorted off the electronic premises.

That’s why this article from MacWorld arrived just in time. The piece goes into detail about blocking the various methods of communication that can be used by an iPhone or other modern device—and trust me, there are probably more than you think—as well as describing the effects of being blocked from the perspective of the blockee so readers can gain a better appreciation of just how inaccessible they are. Unfortunately there’s no anti-virus program to pre-emptively filter out interactions with certain folks, but until that day blocking them from every angle will have to do.

After another outstanding month of geeking out with you fine people, I want to take some time to acknowledge my inner sports fan as well. The NCAA Tournament has made it as mad a March as we’ve seen, and after a valiant effort from my son’s Indiana Hoosiers was turned back in the Sweet 16 by the Tar Heels of North Carolina, my daughter’s Syracuse Orange has a chance to extract a measure of revenge on behalf of our family in Saturday’s Final Four matchup. Best of luck to the Orange as they attempt to advance to the National Championship, and the remaining luck can be distributed amongst you all this month.

Brad Ruben is President of Archway Computer, Inc.  He can be reached via email at brad@myarchway.com or phone 888-361-9995.

If you're a member of the American Agents Alliance Brad offers a generous discount on IT services for your agency.  Log on with your username and password and see the details here.

How is Insurtech Changing Insurance Jobs and the Industry Landscape?

Put Them on the Line: Using Text to Connect to Your Insurance Customers