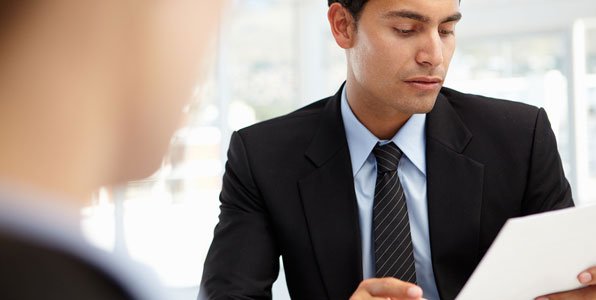 Recent studies show that businesses misclassify anywhere from 10% to 60% of workers as contractors. The IRS, working with the Department of Labor, has set a goal of investigating 6,000 employers for misclassification issues. According to the Department of Labor, since September 2011, the federal government has collected more than $9.5 million in back wages for more than 11,400 workers misclassified as contractors. Many audits are taking place in California, and it appears that insurance is one of the industries in the crosshairs. In addition, the California Labor Enforcement Task Force has recently been created to audit employers for every conceivable labor law violation. In 2012, the Task Force inspected 1,127 businesses for contractor-related issues, and levied $6,756,275 in payroll tax liability charges. Insurance industry employers should take heed of this environment and self-audit before the government comes calling.

Doing the same work for the general public as for a specific business suggests contractor status. Contractors are more likely to hire or fire their own employees without your consent. Contractors might also have a separately incorporated business and business cards, or advertise to the public. If you have employees who typically do the same type of work as contractors, this suggests employee status. If the worker previously performed work for you as an employee, but is now called a contractor, that also suggests contractor status.

Be aware of the standard in your industry. If there is no standard, err on the side of considering this factor to indicate employee status.

The wage hour laws seek to protect unskilled or semi-skilled workers. The less skill involved, the more likely the worker will be deemed an employee. In addition, contractors typically make business decisions that affect their ability to make a profit or suffer a loss. Tools and Place of Work: Contractors typically provide their own tools, equipment and supplies. The more the worker personally invests in these items, the more this points to contractor status. Contractors also typically decide when and where work is performed.

Contractors agree to do a job and are paid upon completion of the project. Paying employees on regular basis, such as salary or hourly, suggests employment status. Regular Business: Work that is part of the employer’s regular business is typically done by employees. For example, a sales clerk selling shoes in a shoe store, compared to a plumber hired to fix the store’s pipes.

A written agreement indicating that the parties believe the relationship is that of contractor can be helpful when other factors are less clear.

Contractors are free to do jobs in their own way, using specific methods they choose. They are engaged for the end result. Employees are typically trained and given specific instructions how to perform, their performance is evaluated, and they are subject to discipline if they fail to meet a certain standard.

If the work is being done as part of a business enterprise, it is more likely performed by an employee, as opposed to work for the benefit of an individual.

Employers should note, however, that these factors are neither determinative nor complete. They are merely relevant to the right to control analysis and can be overridden by other, more compelling evidence that establishes the right of control. In addition, no one factor controls; all must be considered together. Other relevant factors include whether the worker completes tax forms and is on payroll with deductions, whether the employer keeps books and records for the worker, and whether the worker must work only for the company.

A recent California case, Arnold v. Mutual of Omaha Insurance Company,2 provides some industry-related guidance. In Arnold, plaintiff Kimberly Arnold worked as a non-exclusive agent for Mutual of Omaha. She sued for various wage-hour violations, claiming she had been misclassified. The Court of Appeal applied the common law test. It considered it relevant that Arnold used her judgment in determining whom she would solicit, the time, place, and manner in which she would do so, and the amount of time she spent soliciting for Mutual. Her appointment with Mutual was non-exclusive, and she in fact solicited for other companies during her appointment. Her assistant general manager did not evaluate her performance and did not monitor or supervise her work. Training was voluntary, except as required for compliance with state law. Agents who chose to use the office were required to pay a fee for their workspace and telephone service. Arnold’s minimal performance requirement to avoid automatic termination was to submit one application every 180 days.

In addition, although Mutual could terminate the appointment at will, the court held that a termination at-will clause was not determinative of employment status. In addition, Arnold was engaged in a distinct occupation requiring a license from the Department of Insurance, and was responsible for her own tools, with the exception of limited resources offered by Mutual. Arnold was required to pay a fee for the use of the office and service. Although Mutual paid agents every two weeks, Arnold’s commissions were based on her results, not the amount of time she spent working for Mutual. Finally, both Arnold and Mutual believed they were creating a contractor relationship. Based on these facts, the court held that Mutual had no significant right to control the manner and means by which Arnold accomplished the results of the services she performed. Arnold is a helpful decision, but each situation must be evaluated on its own facts. Employers can take proactive steps, including (1) conducting a self- audit of their practices using the common law test; (2) supporting classification decisions with relevant documentation; and (3) training managers to ensure that classification decisions are consistent. In addition, federal law and the laws of each relevant jurisdiction must be considered. For example, the IRS has a specific test for contractor status that is similar, but not identical to, the California common law test.

Penalties for failure to properly classify can be severe and can include federal and state income tax withholding, unemployment insurance contributions, workers’ compensation penalties, liability for minimum wages and overtime, and more. By preparing in advance, however, employers can reduce the risk associated with a classification status audit or lawsuit.

Reduce EPLI Claims by Adding Diversity, Equity, and Inclusion to Your Agency

Paid Sick Leave Notices and Records: What Do I Need to Know?