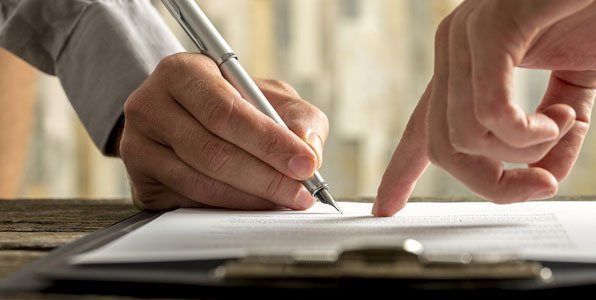 Our January E&O tip for insurance agents focuses on the importance of having a witness to a transaction.

The policy holder of a $600,000 life insurance policy requested the beneficiary be changed from his current wife to his son by a former marriage.  Just a few days later, the policy holder died. The policy holder’s wife brought a declaratory judgment action against the step-son and the insurer, seeking a judicial declaration that she is entitled to one-half of the policy benefits. She also asserted a negligence claim against the agent on the policy. She alleged the agent induced the deceased husband to change the beneficiary based on misinformation provided by the agent as to the effect that the life insurance proceeds would have on the claimant’s ability to receive disability benefits.  The value of the claim exceeded $300,000 and cost the agent numerous hours in discovery and litigation.

Changing beneficiaries can create tension and lead to disputes. If the change has the potential to create a dispute, it’s important to have witnesses to the transaction. A witness to a beneficiary change transaction who could testify to what the policy holder was trying to accomplish, and that he was aware of what he was doing, would minimize the agent’s E&O exposure.

At the American Agents Alliance, we want to make getting the quality insurance agency E&O coverage you deserve as affordable and as easy as possible.  Get an online quote for E&O in 10 minutes or less right here.

Why You Need Errors and Omissions Insurance