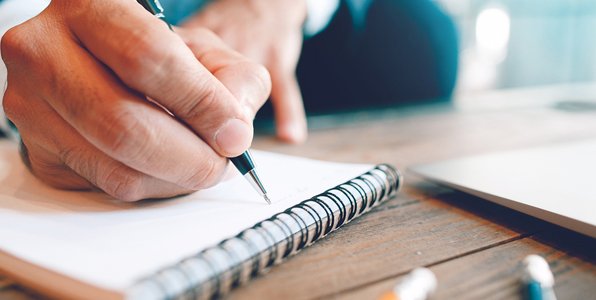 When you’re running an insurance agency, there’s no substitute for good record keeping, and that’s especially true when it comes to maintaining accurate records of the conversations you have with your clients – no matter how trivial those conversations may seem. It may seem like a lot of effort, especially if you’re not sued to keeping records of all your conversations, but once you develop the habit, you’ll see that keeping records doesn’t take a lot of time away from your other tasks.

Think it’s not important? Then consider this case where a lack of documentation led to an E&O insurance claim being filed against an insurance agent:

The agent was working in a small, suburban town, handling the insurance needs of several of his friends, neighbors and acquaintances. One Saturday afternoon, the agent received a phone call from one of his clients who also happened to be a casual acquaintance and occasional golf partner. Initially, their conversation focused on the golf game the two planned to enjoy the following afternoon with some other friends from town, but soon, it turned to small talk about other matters. During the course of conversation, the client casually mentioned that he had finally found the perfect car for his young daughter, and that he needed to have the car added to his policy. The conversation continued for several minutes more, eventually turning back to the upcoming golf game. By the time the agent had hung up the phone, he had completely forgotten about the request his friend – and client – had made to have his daughter placed on his policy. As luck would have it, an accident occurred resulting in physical damage for which there was no coverage.

An E&O insurance claim was filed against the agent and damages of $4,200 were awarded.

One of the keys to good record-keeping – and a simple tip to make note-taking a breeze – is to keep notepads and pens near every phone, both at work and at home. For your cellphone, consider carrying a small notepad to record important points, then slipping that paper into your customer’s file folder once you get back to the office. Another option: Download an app for note-taking – preferably one that uses voice commands – so you can record reminders on the fly. Digital voice recorders are another option. Just remember to transcribe your notes and properly file them as soon as you get back to the office.

Keeping good records is an important habit to develop, and once you get the hang of it, you’ll find it becomes second nature. Remember – no matter how insignificant a conversation or topic may seem, recording it is a critical step toward protecting both your clients and your own business.

As an insurance agent, maintaining adequate E&O insurance is another important element in making sure you’re covered when unexpected issues arise involving one of your clients. Take some time to review your E&O insurance coverage to avoid lapses or inadequate coverage that can result in major out-of-pocket costs for you or your business.

Are You Drone Aware?