Final Jeopardy music swelled as the vehicles swiveled. On the screen at the front of the oversized room, the words, “This is the one source of energy that will never run out,” appeared.

We were at Disney’s EPCOT Center, at the very end of the “Universe of Energy” attraction. Most people were there to see the animatronic dinosaurs, with the “history of energy” lesson sprinkled in.

The ride no longer exists; the space is being renovated to house a new attraction for a new generation.

But I still have fond memories of that ride, even during the times toward the end when it was almost empty. In true Disney fashion, the hero was the only one to get the answer right, beating the rival and being crowned Jeopardy champion.

The correct response was, “What is brain power?”

The idea, as presented in the attraction, was that there were pros and cons of every potential energy source, but that humanity’s imagination and intellectual curiosity were going to continue to drive improvements.

Over the past year, there have been all sorts of different shortages, from the ones that grabbed the headlines and caused personal stress like toilet paper and gasoline to individual components of various supply chains that shut down entire operations. An ingredient shortage at Starbucks might seem annoying when you are in line to get coffee, but for the supply chain managers, it’s the sort of thing that can cause sleepless nights as they attempt to keep their higher traffic locations stocked.

Of all the shortages, the most controversial is the worker shortage facing various industries. If you go on social media, everyone has an opinion, and it almost always consists of generalized sound bites that do very little to elevate the conversation or solve the underlying problem.

Like most things in life, there’s no one-size-fits-all situation, and there isn’t an easy solution that will fix the problem overnight. The pandemic might have brought things to a head, but underlying issues have been present for a long time. The restaurant industry, for example, has been warning that a decline of culinary students coming out of school to work in fine dining, coupled with a rapid expansion of new dining concepts, was a pending disaster for kitchens around the country. They have also been saying that low wages and uneven tip splitting policies were contributing to a decline in people applying for jobs as servers and front-of-the-house workers. None of this is a new conversation, but the industry closing and/or severely reducing capacities during the pandemic put many workers in a position to leave and not come back. This then means that those restaurants must find replacements during a time when everyone else is also trying to staff.

The question of how to recruit the best candidates for the job has been tied to issues of employee retention pretty much since businesses started hiring people, with as many different conclusions reached as there were challenges to be resolved.

What the most long-term successful solutions have all had in common is someone thinking outside of the box. The trick is to not only think about the challenge immediately in front of you but about changing the dynamic that led you to that brink in the first place.

Those “out of the box” solutions can be tasks as complex as reimagining your supply chain and restructuring departments to maximize work/life flexibility for your staff. You could certainly get deep into the weeds and find ways to work smarter rather than work harder. Or perhaps you’ll go for something more straightforward, like recruiting top candidates and learning how to tap into their full potential over the course of their work life.

Before looking for an outside candidate to fill a vacant position, sometimes it’s best to look internally first. When I say that, most people assume that I mean “look to fill the position with someone already in your organization.” Which is true. Growing your internal talent into leadership positions is the best-case scenario for everyone involved. However, in this case, I was specifically thinking of taking a look at people already in your organization who could serve as a template for how to be successful.

If Kevin is one of the best sales consultants you’ve ever had, it only makes sense to take a look at the traits he has that make him so good at his job. This is where behavioral assessment tools, like the Omnia Assessment, can be a game changer. The assessment identifies 17 personality types and helps you identify the best ways to continuously develop that potential. When you can use Kevin as your benchmark for future applicants for that position and gauge their attributes side by side, you have a tremendous advantage when it comes to onboarding your next sales consultant.

The same is true for every single position within your organization. Kevin in sales, Kelly in customer service, Gabe in IT… whoever it is that helps make your work life a little easier every day just by being there. When you know what it is about these personalities that work so well in their job responsibilities, and how to identify someone similar, you have the key to unlocking your next potential superstar employee.

You also have the opportunity to see where other people’s challenge areas might be and develop best practices for getting the best out of everyone. There are some that might say that if you aren’t naturally drawn to a certain activity then you shouldn’t do it. But, when it comes to work, it’s often necessary for that square peg to fit into the round hole from time to time. If someone isn’t innately drawn to multitasking, it doesn’t mean that they are not capable of doing it. They may just need a little more structure around prioritizing those tasks. Similarly, someone might avoid small talk, but that does not mean that they won’t be able to have purposeful conversations informing customers on topics where they are a subject matter expert. Sometimes, the most reserved personality types make the best customer care specialists.

In understanding the talent already within your company, you have a better picture of the type of candidates to look for when it comes to filling a new position. And even more importantly, you get a roadmap for how to support them and maximize their growth within the company. Employees who feel valued and supported tend to stick around for the long term and invest back into helping the company continue to prosper, even in difficult times. They put more of their time and imagination into their work every single day.

In an ever-changing world, there are no guarantees for success. The business titans of today can very well become as extinct as the dinosaurs themselves, their shrines renovated into the next big thing for the new generation of consumers.

Experts predicted many of the supply issues and worker shortages, using the available data, years before they happened. Those businesses who stayed ahead of those trends were the best equipped to weather the storm, even through an unprecedented pandemic. Having a tool like the Omnia Assessment gives you upfront data to have the right people in place to make the right decisions when you need them most.

One thing is clear though – as long as there are people willing to apply that “brain power” to hiring and retention decisions, there is no shortage that can’t be overcome. 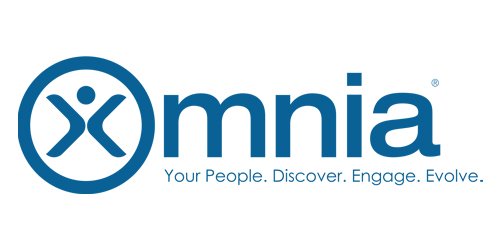 9 Clues the Interview is Going Nowhere