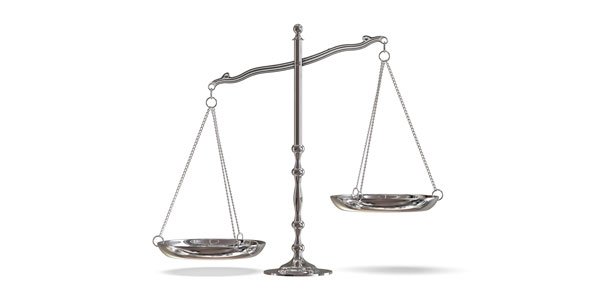 It is often said that “ours is a government of laws, not of people.” We accept and obey lawfully enacted statutes and regulations whether we like them or not. So long as a law was properly created, we all agree on the law’s legitimacy, even if we may disagree about its desirability.

There are two common methods for enacting laws. The most well-known is by passing a bill in the Legislature. Laws are proposed in bills in the Legislature which, if passed, become statutes in the California Codes.

A less well-known way of enacting laws is through the adoption of regulations by state government agencies. When a state agency believes that a rule is necessary to “implement, interpret, or make specific” a statute that the agency administers, California law allows the agency to adopt a regulation to do so. A lawfully adopted regulation has the same legal force as a statute enacted by the Legislature.

There are precise procedures that state bureaucracies must follow to adopt lawful regulations. These procedures are contained in the California Administrative Procedure Act, commonly called the APA (CA Government Code sections 11340 – 11365). The APA ensures that agencies adopting regulations do so openly and that members of the public have an opportunity to review and comment upon the regulations under consideration.

Regulations are only legal if they are somehow authorized by statute. Authority to adopt regulations may be “implied”, but unless an agency is implementing a statute, it cannot legally adopt a regulation.

Underground regulations can take many forms. Agencies may attempt to impose rules by issuing letters, bulletins, guidelines, legal opinions, or even decisions resulting from administrative adjudication. The form doesn’t matter. If the purported rule satisfies the statutory definition of “regulation” and it is not subject to an express statutory exemption from APA rulemaking requirements, it is an illegal underground regulation.

In 2009 the California Insurance Commissioner issued a decree to all insurers telling them that investments in certain specific companies could not be counted by the insurers in reporting their financial status. The companies on this list were companies that the Commissioner concluded had business ties with Iran. The Commissioner called this the “Iran Investments Initiative.” Insurers objected to it, arguing both that there is no statute allowing the Insurance Commissioner to pursue foreign policy objectives, and that even if there was a statute allowing this, the decree must be adopted by APA procedures in order to be legal.

The “Iran Investments Initiative” was the poster child of underground regulation. It was a regulation adopted by a state agency which was both without any statutory authority and which was imposed in complete disregard for the rulemaking requirements of the APA.

There are two ways to obtain a formal legal declaration that a particular rule is an illegal underground regulation. The quickest and least expensive is to petition the California Office of Administrative Law (OAL) for a determination under section 11340.5. OAL has the legal power to examine state agency actions and to issue a determination as to whether or not the action establishes an underground regulation. Any person may petition for an OAL determination, but the decision to accept or decline the petition is entirely one of OAL’s discretion. The benefits of obtaining an OAL determination are real but they are also limited.

In other words, an OAL determination that a rule is an illegal underground regulation will help make the case against the rule. It will support a decision to ignore the illegal rule, but by itself, it probably will not finally resolve the issue. OAL has no power to enforce its determination.

The Commissioner has appealed the OAL determination to the courts. The trial court proceeding should be completed this year. Both OAL and the insurance groups that petitioned for the determination are defending against the Commissioner’s lawsuit. Although predicting court action is always chance, there is a good reason to believe that if this action proceeds to a conclusion, there will be a judicial ruling that the Iran Investment Initiative is an illegal underground regulation, and therefore void from its inception.

When the state government acts by decree; when it ignores the rules governing the lawful adoption of regulations, members of the regulated public must understand that they have options. They are not required to roll over and play dead merely because a state government bureaucrat has issued a decree. Even at the level of regulations adopted by state agencies, there are rules giving meaning to the axiom that ours is a government of laws, not of people.

Top 5 Emerging Risks Agents Should Watch Out For

Steps to Take When You Need an Attorney