California homeowners can soon reap the benefits of an admitted, private flood insurance program that offers flexible and customizable coverage, financial security and simplicity to the marketplace.

It will provide a first-of-a-kind, stand-alone product to California consumers. It was previously launched in Florida, New Jersey, South Carolina and Virginia, with anticipated plans to expand to an additional 10 states.

“From a carrier perspective, you couldn’t find a more financially secure insurance company than Zurich,” said James R. Watje, Wright’s senior vice president of private flood. “Zurich is an international expert in the catastrophic insurance space, both in terms of an understanding and recognition of risk, and the security that needs to be behind the program. It has a global reputation as not just a financially secure insurance company, but also as a socially conscience organization that is focused on resilience, community support and rebuilding after catastrophic losses.”

Watje emphasized that the product is “admitted,” which requires state approval before being offered for sale. It also comes with continuous oversight from the California Department of Insurance to regulate coverages and pricing.

“An admitted product like this provides the stability and long-term viability to this exciting new product,” he said. “It’s reviewed, approved and then ultimately regulated by the California Department of Insurance. That review and approval provides the confidence to consumers that the rates are actuarily sound, fair and non-discriminatory. It’s totally transparent.”

In a nutshell, it means that premiums are consistently applied across all classes of similar properties and customers.

Flood insurance has historically been considered unaffordable and difficult to obtain. With Californians being exposed to climate change, increased frequency and severity to weather events, and flash flood risk to wildfire scarred hillsides, the introduction of an affordable, easy to understand and purchase flood protection is the right solution coming to market at the right time.

Zurich Residential Private Flood Insurance will be sold exclusively by Wright’s partner agents. It comes with benefits that include:

Watje emphasized that the resiliency coverage is an exclusive game-changer for flood coverage in California.

“The unique part of our resiliency coverage is that it allows the property owner to rebuild, repair or replace building elements with flood-resistant materials. This endorsement pays for the extra expense of putting in the more resilient materials.”

The very nature of the makeup of California is unique. It’s not comprised of one geographic landscape, but rather multiple ecosystems of oceans, rivers, mountains, hillsides, deserts, and farmland among other environments.

“Because of the varied topography and climates, California is unique from a flood perspective,” Watje said. “When you think of flooding, others tend to think of Florida, which is hurricane and storm surge exposed. California doesn’t have hurricane or surge exposure, but it does have coastal and surface flooding, flash and mudslide exposure, river flooding, dam failure and even a significant and sometimes overlooked risk of water main breaks in city streets. Flood can come from multiple sources, and it requires insurance protection that is flexible and adaptable to each property owners’ needs.”

Watje stressed the importance of receiving a flood quote and understanding your risk.

“That way a homeowner can see that it’s an affordable program, easy to purchase and readily available to most property owners in the state.”

“In California, there really needs to be an ‘everyone is in a flood zone mentality.’ Whether you’re close to a river, a stream, storm drains, levees or culverts that redirect rainwater, you’re at risk. Everyone needs to recognize that they are exposed and should dispel the thought that they’re safe because they don’t live directly next to the ocean or a river.”

For instance, Sacramento is second only to Louisiana as having the most catastrophic exposure to flooding because of failing levees than any other city in the country.

Wright, which has handled and closed more than 200,000 flood claims and paid out $11 billion in claims payments over the past 15 years, has ramped up its use of technology and model-based rating methods to pinpoint specific risk locations and deliver highly flexible coverage, Watje said. The product offers higher limits than the National Flood Insurance Program, commonly known as the NFIP. That program tops out at $250,000 for structure coverage and $100,000 for personal property.

“This product in California provides additional coverages that might not be offered through the NFIP, such as higher limits of up to $1 million in dwelling coverages in addition to optional coverages on an a la carte basis, depending on the individual needs of the property owner,” he added.

“We want more folks insured and protected, Watje added. “That brings more resiliency, the ability to build back, and financial stability for property owners in all of California’s different communities.”

Watje said that agents who are interested in selling this product can contact regional sales manager Robert Pichay at (727) 410-1666 or robert.pichay@weareflood.com, or call Wright’s marketing department at (866) 373-5663.

“We’re actively soliciting new agent relationships,” he said. “Make no mistake about it: If an agent wants to sell the program, we’ll sign them up.” 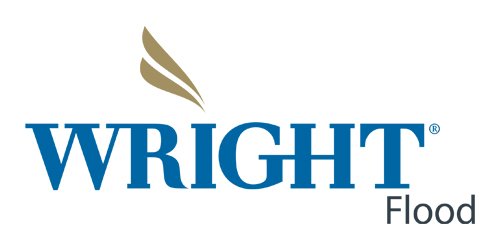 To learn more about this exclusive, admitted product, here are two options:

Do Your Clients Have the Strength to Rebuild?