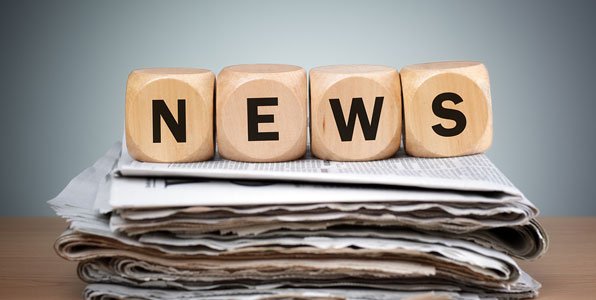 A recession-spawned move to bill out-of-area drivers for the locals’ costs of cleaning up traffic crashes, once limited to a handful of municipalities in California, is gaining ground across the state. But dozens of local municipalities and fire protection districts are levying the “crash tax,” which typically ranges between $500 and $2,000, to replenish local coffers.

Laws have been on the books for years allowing local cities and governments to collect for the cost handling accidents – and many have. The idea is that the charge – called an accident-fee or crash tax – allows the locals to recoup lost costs spent on handling accidents.

Strapped for money and shouldering the responsibility to deal with emergencies, the locals see any way of covering their costs as worthwhile.

“When a tremendous number of non-residents come into your city and you have to subsidize the services performed on their behalf, that’s not necessarily the fairest way. I think this (the accident fee) is the fairest system,” said Rick Benner, the chief financial officer of Roseville-based Fire Recovery USA, which handles billing and collections of accident fees.

Private billing and collection agencies are pitching local governments on the benefits of aggressively going after the accident-fee revenue. And with local governments scrambling for money, the arguments are hitting home.

A Capitol Weekly story last year reported about a dozen local entities had approved the crash tax. This week, one insurer said the number now is 25 to 30 agencies, while another estimated it was closer to 60 agencies that have either approved or are near to approving the fee. Sacramento is considering such an ordinance, Stockton approved one last month. The rules differ from town to town: Some only bill out-of-town, at-fault drivers. Others bill regardless of fault or residence.

“It’s primarily an economic argument. They (the vendors) are portraying it as a readily available source of funding,” said Sam Sorich of the Association of California Insurance Companies. “We are getting more and more concerned because it has an impact on our customers and the insurance companies, and an impact on our rates,” Sorich said.

“Some of these ordinances only go after people with insurance,” he added, “which I think is really outlandish. You’re punishing people who actually buy insurance, but the people who disobey the law – you don’t go after them.”

There is no central database tracking the payments, but it could total in the millions of dollars each year. There is no statewide regulation of the practice. A bill to do that, authored by Assemblyman Anthony Portantino, D-La Canada, was thwarted last year in the Assembly.

“I think everyone is aware of the economic difficulties that cities are facing, that we’re all facing. They are trying to create new ways to fund themselves,” said Benner said. He noted that many local agencies also are considering fees for other services, such as suppressing home fires, gas leaks, drain mishaps and the like.

“It’s not new revenue, it’s cost recovery,” he said. “The departments calculate what the cost is of providing the services. It’s not a revenue-generator.”

But insurers are skeptical, not so much at the locals who establish the “crash tax,” but at the vendors who collect the money, and who get paid 10 percent to 20 percent of the total charge to collect.

Last month, Stockton’s City Council approved an accident fee, a move which the city hopes will bring in about $400,000 annually. Collection costs 17 percent, a figure that will rise to 20 percent if the collection agency – in this case, Fire Recovery, performs well on its collections.

“They (the vendors) are making it an insurance issue. And they’re also billing the companies for their services, so we are really paying the vendors to bill us,” said Janine Gibford of the American Insurance Association. “We don’t have a problem with it (current law), but we have a problem with the new direction that this has taken, where a third party is doing it for profit and we are getting far larger bills.”

But there is a problem for drivers: The policyholder doesn’t have an option to have the insurer pay the accident tax. It depends on the individual company and the insurance contract as to whether or not the tax is paid at all, because the tax is not related to the liability or property damage caused by an accident. I’d refer any inquiry on this to the web-site – calcrashtax.com

According to an insurance industry-supported Web site, at least 18 states have jurisdictions in which accident fees are charged. In most cases, municipalities contract out with a billing and collection service that collects the money on behalf of the governor – for a fee.

Roseville east of Sacramento has approved the fee, but the ordinance has not yet taken effect. Los Angeles, San Diego, Oakland, Sacramento, Orange, Palm Springs, Ontario and Riverside, have approved or are considering it. “We are actively pursuing business,” Benner noted. Source: John Howard, Editor | Capitol Weekly Group