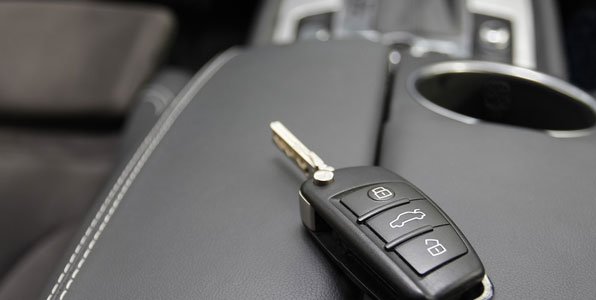 More than 1 million active members of the U.S. military dedicate their lives to service. To give back to military families and the community, Progressive is hosting “Keys to ProgressSM,” a special event that provides deserving military families with a free car. Vehicles will be presented to families at more than 50 Progressive Service Centers across the country in June.

Progressive is the only insurance provider with dedicated, wholly-owned Service Centers that make the repair process easy and guaranteed for customers who have a claim. The cars donated for Keys to Progress were obtained through the National Auto Body Council’s Recycled Rides program, which repairs cars that have been in accidents through the generosity of participating body shops. Families are gifted a vehicle that looks and runs like new. Here’s one family’s story:

I married the love of my life on October 15, 1994. At the time, my husband Todd was going to college to be a chemistry teacher. Fast forward life to September 11, 2004 and our lives changed forever. On the third anniversary of the September 11 attacks on our country, Todd decided to join the National Guard to do his part. He went to Iraq during 2004-2005, right after he finished Boot Camp and Advanced Individual Training. He knew he would be on the hot seat to go, which was exactly what he wanted. He went on over 250 missions. It wasn’t until he was deployed to Ghazni, Afghanistan in 2009 that he almost died for his country. Todd was the gunner on a Humvee and they were in convoy, returning from a mission. His vehicle ran over an IED, which blew apart their Humvee. Todd was ejected 45 feet behind the vehicle with his gun turret and the roof of the Humvee on him. He sustained a moderate traumatic brain injury, his right leg has been operated on eight times and has been salvaged. He suffers from a chronic blood disorder and has severe PTSD. That was on October 16, 2009 – the day after our 15-year wedding anniversary. Our lives changed forever. My career at Dell had to end as his medical needs exceeded the time I was able to dedicate to a busy 50-hour-a-week job. Our son, Liam, had to adjust to a new life with a father suffering from chronic pain, PTSD, issues from his bad brain injury and being physically unable to do the things he used to be able to do without thinking about it. Liam has flourished and grown and makes us proud as he excels in school and is a great kid. He’s 15 now. I run a support group for caregivers of wounded soldiers every month called Caregiver’s Corner. I started this over a year-and-a-half ago because there wasn’t anything like it in our area. I recently took a very part-time job working for Heroes Thanking Heroes. We are so grateful to Progressive and the VFW for the opportunity to be nominated to receive a vehicle from Progressive. It will help us greatly, as during the time of Todd’s injury I put many miles on my car going back and forth across the state to pick up our son and bring him to visit Todd. Now, I drive many miles weekly taking my husband to his many VA appointments. My car, which was new in 2005, is now close to 200,000 miles on the odometer and is on its last leg. This couldn’t happen at a better time.

Keys to Progress events will be hosted country-wide on June 12 at participating Service Centers. Service Centers are designed to coordinate a customer’s repair process start to finish and get customers back on the road faster than those who go elsewhere. They provide customers with a fast and easy claims experience and nine out of 10 customers who’ve used a Service Center to manage their repairs would recommend Progressive to a friend or family member. California Service Center locations include San Diego, Pasadena and later this year in Sacramento.

Progressive plans to open nine additional Service Centers this year, taking the total count to 63 locations. Opening these additional facilities enables more customers across the country to take advantage of Progressive’s best customer repair process. The friendly employees at the Service Centers coordinate the entire repair process from start to finish, making it fast and easy. Customers simply drop off their vehicle at the facility at a time that’s convenient for them. They even have the option to get a rental car onsite. Progressive guarantees all repairs for as long as a customer owns or leases their vehicle.

To learn more about the Service Centers, visit progressiveagent.com.