For more than 25 years, Veronica’s Insurance, a top Hispanic insurance broker, has been the solution for thousands of Hispanics who are seeking protection for their family and the legacy they have built with so much effort. With warm customer service, affordable rates, and higher benefits in car, home, life, motorcycle, commercial, health, renters, or boat insurance, Veronica’s stands out as one of the Top Hispanic Insurance Brokers in Southern California; the reason why they’re now sharing their successful business model through Veronica’s Insurance Franchise.

A Mexican Businesswoman Leader in the Hispanic Community

Verónica Gallardo, CEO & founder of the company, is a Mexican woman settled in Southern California. She, like many migrants in the United States, committed to looking for a better living standard for her and her family. Her vision, effort, leadership, and constant hard work have allowed her to develop a profitable business that besides benefitting millions of clients, is also a source of employment for more than 1,000 Hispanic families.

As a leader, Veronica has been successful in growing the company one franchise at a time. Her efforts and expertise are highly renowned in the industry, and she has been recognized with numerous awards over the years such as the Inland Empire Women’s Gathering Recognition, Keys to the City of Lynwood, and many more.

A Safe and Profitable Industry

In business, the numbers are the ones that do the talking, and Veronica’s Insurance stands out every time as a strong and profitable company that can now be established in the 48 States of the continental United States. With more than 100 offices located in states such as California, Colorado, Florida, and Texas, the company reports more than 120M in Premium per year and offers direct access to more than 40 Top Insurance Carriers to their franchisees.

A big part of the success that Veronica’s Insurance has had is due to its business located in the fastest and constantly growing industry: the Hispanic market. In 2019, pew Research Center analysis of U.S. Census Bureau Vintage 2019, estimated numbers for the 18.6% of the U.S.A. population is Hispanic and adds up to 60.6 million people, of which the majority are Latinos. In addition, this market stands out with a high purchasing power of $1.7 trillion for 2019.

The insurance business has also proved to be in a recession-proof industry. In 2020, during the pandemic, no losses were reported, but instead many of their clients who lost their jobs were benefited by using their life insurances.

More Benefits for the Franchisees

Additional benefits you obtain when you acquire a Veronica’s Insurance Franchise are the ones that come with their high advertising investment per year, which exceeds 7 million dollars. Nation-wide TV ads, billboards, radio spots, digital marketing, events and so much more are part of the channels that Veronica’s uses to place the company over the competition and announce their insurance’s benefits. Besides their high advertising investment, Veronica’s also keeps its eyes on developing strategic alliances and partnerships as with Univision, Entrepreneur Magazine, and the well-known soccer team LAFC.

Veronica’s is qualified as a business in a recession-proof industry because of its diversity of channels to assist its clients. During the last years, the insurance company has decentralized the sales in the offices, making diversification of the contact channels they have by creating a full digital media presence and establishing their in-house contact center for sales and customer services in Spanish, English, and even deaf-mute language.

As part of the customer service, they offer in their digital channels, Veronica’s has also developed its own quoting system to automize part of the process for a new insurance policy and has a 24/7 chatbot for online assistance.

The company was recently ranked as the #1 Insurance category within the Top 500 new Franchises of 2020. Veronica’s Insurance is also a member of the International Franchise Association. Over the years, it has developed new ways to communicate effectively, resolve problems faster, and offer better services and solutions for its customers. These include the company’s in-house call center, instant messaging service, quotes in under five minutes, and much more.

Veronica’s Insurance is expanding its networking to other locations by inaugurating ten new offices in Florida in the next few months. It has already established its offices in two different locations after receiving incredible responses. What comes for the future of this company looks promising and Veronica’s is ready to continue improving its business model to the needs of the Hispanic Community settled in the United States.

If you want to know more about our company, call 1-800-639-0082 or visit our website veronicasfranchise.com, fill the form and one of our agents will contact you shortly. 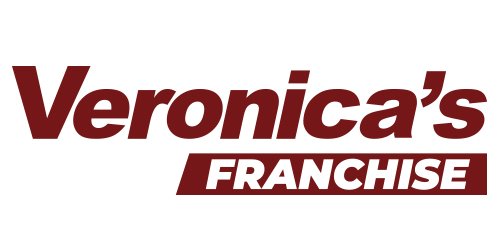 Change How You Sell Life Insurance

Is Your Insurance Agency seen as a Community Leader