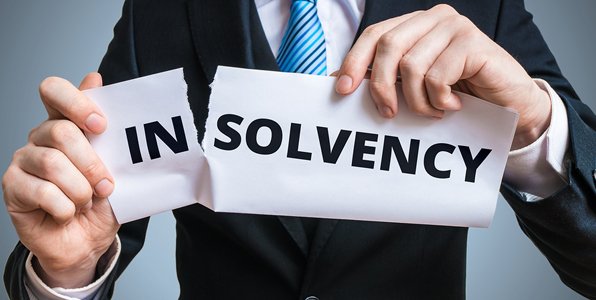 If an insurer becomes insolvent, what is the E&O exposure of the insurance agent or insurance broker?

On the other hand, if the insurer was solvent when the policy was written, insolvency thereafter generally does not impose liability on the agent or broker—unless, at that time or at a later time, the insured could have been protected by the agent’s or broker’s knowledge, or by the exercise of reasonable diligence, the agent or broker should have known of facts of circumstances which would have put a reasonable agent or broker on notice that the insurer presented an unreasonable risk.   Therefore, it would be prudent for agents and brokers to determine the solvency of an insurer prior to placing coverage.

Some courts have found that agents and brokers have a duty to determine that the insurer is licensed in the state or complies with the state’s surplus lines statutes.  So, measure twice and cut once; establish good E&O loss control practices across the board.  Risk averse insurance agents and brokers should investigate the excess and surplus lines broker and obtain a copy of their E&O policy.

Most courts have not found a duty to continue monitoring the solvency of an insurer.  However, a minority of courts have held that an agent or broker has a duty to inform an insured if the agent or broker is aware or reasonably should have been aware of subsequent insurer insolvency.  In these states, agents and brokers must exercise reasonable care, skill, and diligence in so doing.

Begin to employ, if you are not already, the general E&O maxim, “There are no second-class clients of the agency.”  If you are going to monitor the financial condition of insurers and only advise your “best clients,” you are creating an E&O exposure for those clients who do not receive such advice.  When the financial condition of an insurer declines significantly, the prudent insurance agent or broker will inform the insureds in writing and offer them the option, when possible, of insuring through a more financially stable insurer.

When discussing the topic of insurer insolvency risks, state guaranty funds will invariably come up.  Insurance agents and brokers should familiarize themselves with their state’s guaranty funds.  Guaranty funds typically have territorial limits, the funds typically only apply to policies issued by an insolvent domestic insurer, or a foreign or alien insurer licensed to do business within the state.  There are also monetary caps on the amount the funds will pay per claim, and guaranty funds have short time frames within which an insured may file a claim.

The last line of defense with respect to E&O loss control for claims arising from insurer insolvency is the agent’s or broker’s own E&O policy.  Be sure your E&O has sufficiently high limits.  Be mindful that E&O insurers, as initially influenced by reinsurers, place insolvency endorsements in E&O policies that exclude coverage where the agent places business with an insurer rated below a certain level, such as “B+.”

The phrase “at the time of placement of such coverage” in such endorsements may be interpreted to mean not only when the policy was initially procured, but also at the time of renewal.  Accordingly, insurance agents and brokers should check ratings each year.  In the event that a rating change occurs, minimize a potential E&O exposure by sending a letter advising the insured of the insurer rating downgrade and offer the insured the opportunity to submit an application to another insurer.

The issue of insurer insolvency provides an opportunity for insurance agents and brokers to make a proactive business decision to monitor.  The decision to do so can minimize E&O exposure and maximize client retention.